Fighting Tyranny As An Ambassador Of Christ

We know that evil exists and that there have been those leaders who have risen, having the spirit of antichrist, causing much tribulation and death. That’s part of the history of humanity. What was the main influence behind these forms of antichrist?

It is the same influence that guides men and women such as these even in this day and age. A heavenly being… distorted by his own desires… cast out from his position in heaven and destined to be forever tortured in the lake of fire. His name is Satan. This being, knowing his fate, has a purpose. That purpose is to destroy the relationship between God and His chosen and to set up his own counterfeit kingdom. In this purpose, we see the history of the rise and fall of those who would desire total control over those who they would rule over. Caesar, Stalin, Hitler, Kim Jong-il, Mao Tse-Tung, Lenin, etc…  all of these were a type of antichrist. Still, THE Antichrist has not yet risen to power, but as the birth pangs grow quicker and stronger, we await the arrival of the one who will deceive the majority of those who remain here on earth during his reign of tyranny.

Sin has been around since Satan rebelled. It's history here on earth began in the Garden of Eden. It was sin that brought great flood in the time of Noah, it was sin that brought about the destruction of Sodom and Gomorrah, it was sin that caused God to constantly turn his face away from His chosen people as they forgot their first love and began worshiping idols made of precious metal and stone. Just as it was then, it is the same now. Sin is eating away at our government through corruption, lies, murder, apathy, etc... Sin is destroying this nation through sexual immorality, murder, lust of the flesh, hatred, idolatry  etc... It is only a matter of time before the weight of sin brings this country crashing down, and the NWO has always been there to help it along.

There is a question in my mind that remains unanswered. Perhaps it will be answered sufficiently by the time I finish sharing my thoughts. My question is this, “As tyranny grows within this country (United States), do we fight against it physically, spiritually or both?"

This country gained it’s independence from the British Empire through war. Yes, God ordained the birth of this country, but our independence still consisted partly of a physical confrontation. Has God’s purpose for the United States changed?

God has a plan for this planet and the governments and peoples that inhabit it. Biblical prophecy states that there will be a time of tribulation; a time when the Antichrist and False Prophet will rise to power and deceive the nations.  Even many of the elect will be deceived. So as this tyranny grows, as the NWO continues its conquest of the last great nation that stands in its way, can a physical confrontation make it retreat into a corner and die?

When Constantine had his false conversion, it gave Satan the opportunity to infiltrate the church. As time passed, his influence in the church grew, so much so that there is now a strong possibility that we are about to see the emergence of the False Prophet through the papacy of the Catholic Church.

When we fought against the British Empire, we were fighting a well defined physical enemy. This is not the case this time around. Our fight is not against the NWO, but against the spiritual influences behind it.

Did Jesus fight against the tyranny of Caesar? Was there a call to take up arms and fight for Jerusalem’s independence from Rome? No. How about the Apostles and our other brothers and sisters mentioned in the NT? Did they rally against Rome? No. So what did they do? They spread the word of God. They shared Jesus with the multitude. They operated within the law of the land as long as it was not in conflict to the word of God.

What can I take away from their examples? I need to be more concerned with advancing the Kingdom of God than any kingdom of this world. I need to pray against the powers and principalities that influence those who would help to bring in the NWO.

There are those who are gun advocates and who are threatening to kill anyone who tries to take their weapons away. If this confrontation occurs, it will be the defining moment in this country, the moment when marshal law is enacted and we are herded into the prison camps of the NWO. Out of the woodwork will flow the TSA, DHS, US armed forces, UN armed forces and others. Chaos will ensue, bringing suffering and death. Will this bring glory to God?

There are many “patriots” who stand on the words of this country’s founding fathers, but are they listening to our Heavenly Father? What words did Jesus or the Apostles speak that patriots are standing on in their quest to fight tyranny? I don’t often hear much in the way of scripture being quoted to support the physical fight against a tyrannical government.

As those who are “awake” know, the NWO’s goal is to take down the US. The American people have defended their individual liberties and freedom, and that’s caused the NWO’s some problems, but it hasn't stopped their continuing infiltration of every aspect of life in this country and chipping away at our moral and spiritual beliefs. The US has been a roadblock to their goal of ultimate worldwide control. Many feel that if we fight against this tyranny, we can win against this force and restore this country to what it was when it was first founded, but are they are fighting a losing battle?

Sinfulness is so prevalent in this world, that it’s impossible to destroy it under our own power. We can only fight this spiritual battle in the power and authority of Jesus’ name. You cannot fight a spiritual battle with physical weapons. What we see in the physical is only a reflection of what has already taken place in the spiritual. This country is dying spiritually. It’s on it’s last legs. We've seen this happen to other empires in the past and it’s always ended up the same. God’s protection is lifting and the result is that the waters of tyranny are rising. Fighting against the NWO means also fighting against our fellow citizens. So many are blind to what is happening that they already see patriots and bible believing Christians as “terrorists.” They believe that patriots and Christians are the ones causing all the problems in this country. They use words like, “racist” “intolerant” “homophobic” “Islamophobia” “obstructionist” etc… to describe patriots and Christians.

So how do I, as a Christian, react toward the tyranny of the NWO? If I take my lead from Jesus and from the Apostles, I would have to say that I have two important responsibilities.

I need to operate within the law

I must fight to prevent my liberties from being taken away from me by speaking up and letting my voice be heard; by electing government officials that will faithfully represent my ideals; by using mixed media to speak out against tyranny; by contacting my government officials and letting them know how I feel about the possible loss of our individual liberties. Although we can use physical means to try to stem the tide of tyranny, we also have to be prepared to deal within any tyrannical system that is set in place by those God has placed in a position of authority over us. That doesn't mean that we sin because the law demands that we do, but we must work within the system that God allows to be put in place. We also have to understand that tyranny doesn't just appear overnight.  It's been growing within our government for a long while, and as the checks and balances begin to weaken, it's our responsibility to strengthen them before the system fails. 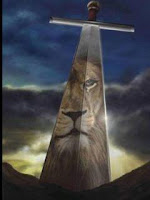 Remember, God has a plan for Satan and all who follow him.  We cannot fight against what God has planned. If God’s plan is to allow a tyrannical government to reign for a while in this country, then there is nothing we can do to stop it. We will have to work within that system, including following its laws, as long as those laws do not go against what God has commanded us.

God has equipped us for a battle. He gave us weapons and armor to fight it, but they’re not physical (Eph. 6:10-20). He gave us what we needed to defend ourselves in this spiritual battle and to advance the line in order to take back some ground from the enemy and allow more people the opportunity to repent of their sin, which leads me to the second important responsibility that I eluded to above.

I need to operate as an Ambassador of Christ (2 Cor. 5:20)
I believe that we need to continue to pray that we will be used by God to be the instrument through which He works to bring salvation to as many people as possible before Jesus returns. Will taking up arms against a tyrannical government bring saints into the Kingdom of God? I don’t believe it will. I believe we are here to take up arms against Satan in order to free the minds, and remove the scales from the eyes, of those who have never known the redemptive power of the blood of the Lamb of God.

Is it our desire as Christians to “die by the sword” as we kill troops who are enforcing some new law, or is it our desire to witness to those troops and hope their repentance will eventually lead to change? Change always comes from within, and the most important “within” is our own souls. If you can’t bring repentance to the heart of man, then evil will continue to impose it’s brutal hold on us.

The question I posed at the beginning of this article was, "As tyranny grows within this country (United States), do we fight against it physically, spiritually or both?" I guess my answer is, "both."

So, to be clear, I'm not saying we throw up our hands and just let our republic turn into a dictatorship. I believe that fighting against tyranny in the physical should not have to involve weapons for the most part. We should do what we can do to fight the NWO within the scope of law.

I also believe that we need to fight the NWO in regard to our responsibilities to the Lord, even if it is against the law, because God's commands come before man's law.

Example: If there is a law forbidding evangelizing, that will not stop me from sharing the word of God.

I know that this is a controversial subject, so please leave your thoughts and comments below.  God bless!!!

Repent and be forgiven! Believe and be saved!
TribulationHarvest.net
Posted by Ken Souza at 9:33 PM