The Battle Of Gog And Magog May Be Close At Hand

The battle of Gog and Magog.  It's a prophecy thousands of years in the making. Could the fulfillment of this prophecy be close at hand?  Why do I ask?  There is news today (February 17, 2015) of a force of fighters advancing on the Golan Heights.  This fighting force is said to be comprised of approximately 2,000 Hezbollah fighters and an equal number of Afghan and Pakistani Shiites.  They are being accompanied by Syrian tanks.  That's 4,000+ fighters in total.

First we have to discuss Damascus 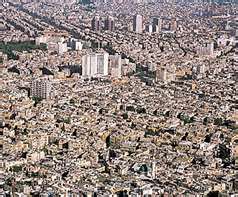 Syria is in more desperate trouble than it's ever been.  The government backed military continues to battle the "rebels."  The Iranian High Command is based in Syria (not as far a reach as it would be from Iran) and is doing whatever it can to advance it's goal of the complete destruction of Israel.  You may ask why that should matter.  It matters because there is another prophecy... one that hasn't received as much attention as the Gog and Magog prophecy.  It's a prophecy mentioned very briefly in Isaiah 17:1.  It says: "The burden against Damascus. "Behold, Damascus will cease from [being] a city, And it will be a ruinous heap." I've written about this prophecy in a previous blog post.  It's a prophecy that is yet to be fulfilled, but one that we can see is close at hand.  Iran has a strong presence in Syria. Iran is also working toward creating nuclear weapons and ways to deliver that nuclear payload to the heart of Israel and the United States.

Let's get hypothetical here for a moment.  What could bring the total destruction of Damascus?  A nuclear weapon fired by Israel.  What would make Israel fire a nuclear weapon at Damascus?  Surely it wouldn't be the attack on it's own soil by its enemies using conventional weapons.  Israel has shown great restraint in keeping its nuclear arsenal under control and I believe they will continue to show such restraint. We know that when Iran develops it's first nuclear weapon, they're going to want to be sure that it gets to it's target, Israel (probably Tel Aviv).  I don't think a missile strike is going to do it.  Iran will have Israel's Iron Dome defense system to deal with.  The only way they're going to get a nuclear missile through Israel's defense system is to overwhelm it by firing volley after volley, hundreds upon hundreds, of conventional missile at the country, hoping to either sneak the nuclear armed missile through or to wait until the Iron Domes stock of defensive intercepting missiles has been depleted.  Another option would be to transport the nuclear weapon through Syria in a vehicle, driving right into Israel's back yard where they can detonate it at will.

Before we get to the war of Gog and Magog, we need to briefly touch on what I believe to be a highly unlikely scenario.  That other scenario would entertain the thought that Damascus would remain unscathed until the war of Gog and Magog.  That could then be the point where Israel fires a nuclear weapon at the capital of Syria.  I don't see this being the case, because if Israel is going to be able to fire off that missile, then they would most likely be able to fire many more, defending itself and winning the war. I believe something is going to happen that prevents Israel from using her nuclear arsenal so that God will intervene to protect them and to display His power for the world to see. That's why I believe that the destruction of Damascus is going to happen before, and be the catalyst for, the war of Ezekiel 38 and 39.

The war of Gog and Magog
On the heels of that fulfilled prophecy, the world will see another biblical prophecy fulfilled... the war of Gog and Magog as described in Isaiah 38 and 39. What could fire up the other Arab countries enough to bring them together once again to destroy a shared enemy?  The destruction of Damascus.  The other Arab nations will boil with anger and this defensive move by Israel will be the catalyst to form a coalition whose sole purpose will be to wipe Israel off the map.  Russia will be dragged into the mix, which may cause the United States to sit this one out.  It's also possible that terrorist attacks may occupy America at this point in time.

Once Israel uses a nuclear weapon, any last shred of support from the world will drop away, leaving Israel alone to fight it's own battles.  But we know that Israel is not alone, now don't we?  Finally, when Israel has no one to depend on, God steps in.

The world will witness what happens when God's people are faced with annihilation.  He will deliver them in that hour and everyone will know that the Judeo-Christian God truly exists.

To get to that point, we have to remain vigilant and continue to be patient as the time approaches for the fulfillment of these prophecies.  I don't know about you, but an advance on the boarder of Israel by 4,000 armed forces along with Syrian tanks is enough to get me to sit up and take notice.  It's just one more piece of the puzzle that brings these prophecies closer to fulfillment.  As we are well aware, it only takes a moment for a powder keg to ignite in the Middle East.

I had always wondered if we would be here to witness the destruction of Damascus and the war of Gog and Magog.  I still wonder, because Yeshua could come at any time to snatch His bride away.  I just have more hope now that the rapture will occur after these incidents.  I have that hope because I'm beginning to believe that He will need us here to be part of that great spiritual awakening, that revival, that will occur as the world witnesses biblical prophecy unfolding and witnesses God's intervention on Israel's behalf.

Oh what a day that will be if the Lord will tarry and we'll be able to turn to our friends, our family, our neighbors, our co-workers and the stranger on the street and bring them the salvation message of Yeshua!  May it be God's will.

Repent and be forgiven! Believe and be saved!
TribulationHarvest.net
Posted by Ken Souza at 10:41 PM No comments: